NOUN Admission Requirements For Freshers: Studying with National Open University gives a rewarding experience as we give you all the support you need to excel.

100 Level:
Generally, the requirements for getting admission into the National Open University of Nigeria include five (5) credits in the SSCE/GCE O’Level/NECO/NABTEB or equivalents at not more than two (2) sittings obtained in subjects relevant to the proposed field(s) of study. The five (5) credits include Credits in Mathematics, English and 3 other relevant subjects. More details can be found under programmes at nou.edu.ng.

200 Level:
i. National Diploma at Upper Credit from recognized institutions.

ii. National Certificate in Education (NCE) in subject(s) relevant to the proposed programme of study with a minimum of one merit and two passes.

iii. International Baccalaureates, Interim Joint Matriculation Board (IJMB) with at least two A Level papers in relevant subjects and pre-requisite number of A Level credit passes.

To qualify for admission into any of the postgraduate programmes of the University, a candidate must meet, among others, all matriculation requirements of at least five (5) credit passes including English Language and Mathematics. Some programmes accept at least a pass in Mathematics.

Candidates must possess either a minimum of pass Bachelors Degree in any discipline from a University recognized by the Senate of the NOUN OR a Higher National Diploma with a minimum of Lower Credit. For the Postgraduate Diploma in Legislative Drafting, the candidate must have been called to the Bar. Also for admission into the school of Business and Human Resource Management Postgraduate Diploma programmes, candidates with professional qualifications such as ACA, ACIS, ACIB, ACII, ACIA, etc may be considered on individual merit.

candidates must possess a masters degree in relevant field of study from a University recongized by the Senate of the NOUN with a minimum score average of not less than 60% or a cumulative Grade Point Average (CGPA) of 3.5 on a 5-point scale. 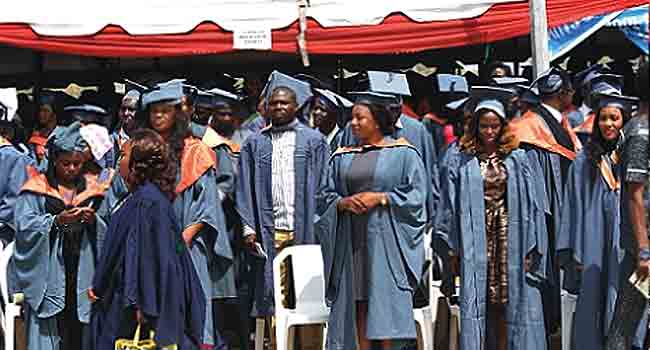