NOUN Orientation For Newly Admitted Students: Students are required to do all registrations by themselves using the necessary means available for registrations, not compulsorily the school’s responsibility.

Once you’re given matriculation number (Matric Number) you are responsible for all school’s registrations.

In order to achieve a Bachelor’s Degree award from 100L, you must run your programme within a minimum of eight (8) semesters (4years) or maximum of sixteen (16) semesters (8years).

Direct entry, students must obtain a minimum TCE of 90-credit units depending on your programme, a minimum of six (6) semesters (3 years) or maximum of twelve (12) semesters (6 years), excluding the General Studies (GST) Courses.

(1) The maximum semesters start counting from the year you were admitted, if you
abandoned your studies for too many semesters, you may not be awarded a degree
certificate.

(2) Students are required to pass at least one elective course in a semester or at least 15
total credit unit. They must also pass 18 CU (credit units) of GST Courses as specified by
the Senate.

Director: This the head of the study center and should be met only on special occasions.

Counselor: Students Counselor is your best friend in National Open University of Nigeria. He/She has the answer to 95% of your questions about your studies.

Faculty Desk Officer: At higher levels you’d always need the assistance of your faculty
officer; TP, IT or otherwise.

Accountant: This person checks and clears students for proper registrations and
payments for examination purposes.

IT Officer: This person has 80% solution to any issues you may encounter in NOUN;
resetting passwords, resetting admission forms, and many other IT related activities you
may not be able to do.

Librarians/Stock keeper: This person gives you all the hard copy/textbooks of your
registered courses per semester.

A course is a major content segment comprising topics in a particular subject. At NOUN,
multiple of courses that make up a programme of study leading to a degree qualification.

This should be understood to mean a ‘quantitative system of organisation of the curriculum
in which subject areas are broken down into unit courses which are examinable and for
which students earn credit(s) if passed’. The courses are arranged in progressive order of
difficulty or in levels of academic progress, e.g. Level 1 or year 1 courses are 101, 102 e.t.c. (e.g. GST101). and Level II or Year II courses are 201, 202 etc.

A Semester is an academic period of twelve weeks, excluding examination period. NOUN
offers two semesters of study per year: January to March and July to September then
exams follow.

NOUN runs two semesters like conventional universities, however, it could also run 3
semesters if there was obstruction that caused a semester to be omitted like COVID.

NOUN offers admission TWICE yearly or every semester. Whereas conventional
universities offer admission once. That’s why NOUN also has graduates every semester.
In cases as you are in your first semester while the school is on her second semester. It causes no harm at all.

You are required to firstly register your first semester courses whether you were newly
admitted in the schools’ first or second semester.

A course which every student must compulsorily take and pass in any particular
programme at a particular level of study.

A course that you take within or outside the faculty. You may graduate without passing the
course provided the minimum credit unit for the course had been attained.

YOU MAY LIKE: NOUN Claim Refund Of Balance in E-Wallet for Graduating Students

A programme comprises of prescribed courses offered at different levels of study. It alsorefers to a particular field of study made up of courses e.g., Bachelor’s programme inPeace Studies and Conflict Resolution. At NOUN, a programme of study leading to adegree qualification is made up of general, compulsory and elective courses.

Tutor/Computer Marked Assignment is an electronic form of assessment conducted toascertain the level of students’ academic performances. It carries 30 marks split into threeparts (TMA 1–3), each part carries 10 marks. You’re expected to submit AT LEAST two ofthe three TMAs in order to qualify for examination and see your result for that course.

See also  Unique Tips For A Successful Graduation From NOUN

When you fail a course, that’s when you score below 40, it’s called carryover course andyou’ll be required to rewrite and pass such course in order to qualify for graduation.

This means NO EXAMS. It’s a remark given to students who missed their exams or whowrote exams but didn’t submit.

This means NO TMA. A remark given to students who missed TWO TMAs out of the threeor the entire 3 TMAs.

There are Three Means of Examinations in NOUN:

1. CBT or E–examination: This is an examination conducted and supervised at the studycentre for 100L and 200L students. Computers are networked on LAN that enables theresults to be collated in a central database within the centre and later sent to headquartersfor final compilation. Participating students do see the result of each course immediately after submission. It comprises of Objectives (Multiple choice answers) and Subjectives
(Fill in the blanks questions).

2. POP (Pen on Paper) examination: This examination is hand-written using our
traditional pen on paper. Students write on paper using pen/biro. It’s totally offline
examination. This is available for conduct and supervision at the study centres for 300L
students and above.

3. Virtual/On-Demand examination: This is an examination written under the supervision
of a Proctor, taken at a quiet location – even at your backyard for all study levels. This is
also an electronic form of examination and the newest form that allow every student from
every office, home or calm environment to take their examinations with the help of
computer cameras and software.

NB: Any student taking the Virtual examination would be dealing with the headquarters directly in cases of complaints. 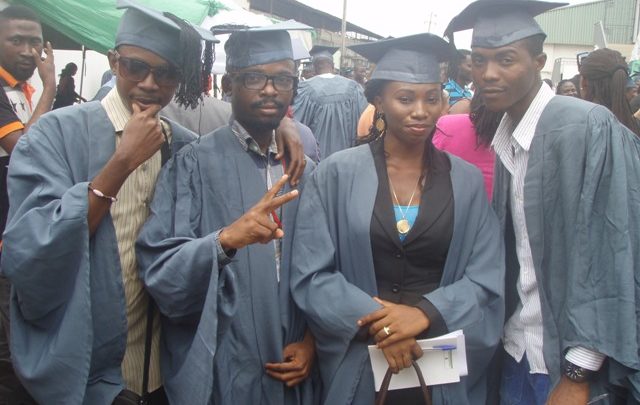 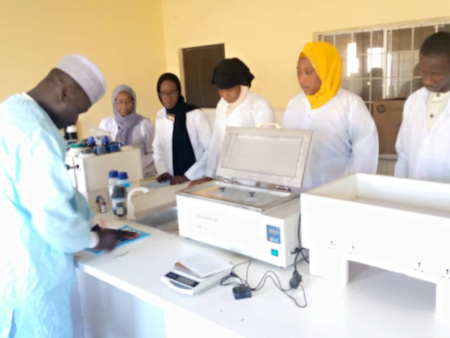