Glossary of Terms in National Open University of Nigeria (NOUN)

The National Open University of Nigeria is an Open and Distance Learning (ODL) institution, the first of its kind in the West African sub-region. The university has an exciting platform where learning is not only easily accessible, but also affordable.

The vibrant university, at present, has 63 study centres spread across the nation. It has a student population of over 120, 000. The university is also recording landmark achievements. It was recently rated 7th position among universities in Nigeria and 86th position out of the 100 universities in Africa by Webometric International. In addition, NOUN was given the European Quality Award in Education 2011 at Oxford, UK, among others. Indeed, the university is well prepared for you.

READ ALSO: NOUN Orientation for Newly Admitted Students | What You Should Know

Glossary of Terms in National Open University of Nigeria (NOUN).

A course is a major content segment comprising topics in a particular subject. At NOUN, multiple of courses that make up a programme of study leading to a degree qualification.

This should be understood to mean a ‘quantitative system of organisation of the curriculum in which subject areas are broken down into unit courses which are examinable and for which students earn credit(s) if passed’. The courses are arranged in progressive order of
difficulty or in levels of academic progress, e.g. Level 1 or year 1 courses are 101, 102 etc (e.g. GST101). and Level II or Year II courses are 201, 202 etc. The National Open University of Nigeria also has a policy of odd number representing first semester and even number representing second semester.

A Semester is an academic period of twelve weeks, excluding examination period. NOUN offers two semesters of study per year: January to March and July to September then exams follow.

NOUN runs two semesters like conventional universities; however, it could also run 3 semesters if there was obstruction that caused a semester to be omitted like COVID.

NOUN offers admission TWICE yearly or every semester… whereas conventional universities offer admission once. That’s why NOUN also has graduates every semester. The school is at second semester while you’re at your first semester – it doesn’t matter. You’re required to firstly register your first semester courses whether you were newly admitted in the schools’ first or second semester.

A course which every student must compulsorily take and pass in any particular programme at a particular level of study.

A course that you take within or outside the faculty. You may graduate without passing the course provided the minimum credit unit for the course had been attained.

A programme comprises of prescribed courses offered at different levels of study. It also refers to a particular field of study made up of courses e.g., Bachelor’s programme in Peace Studies and Conflict Resolution. At NOUN, a programme of study leading to a degree qualification is made up of general, compulsory and elective courses.

Tutor/Computer Marked Assignment is an electronic form of assessment conducted to ascertain the level of students’ academic performances. It carries 30 marks split into three parts (TMA 1-3), each part carries 10 marks. You’re expected to submit AT LEAST two of the three TMAs in order to qualify for examination and see your result for that course.

When you fail a course, that’s when you score below 40, it’s called carryover course and you’ll be required to rewrite and pass such course in order to qualify for graduation.

This means NO EXAMS. It’s a remark given to students who missed their exams or who wrote exams but didn’t submit.

This means NO TMA. A remark given to students who missed TWO TMAs out of the three or the entire 3 TMAs.

I trust this was helpful? Then use the share buttons on this page to share this article across to your friends, colleagues and family members.

Also, do well to leave a comment below if you want us to assist you with anything as regards to NOUN. 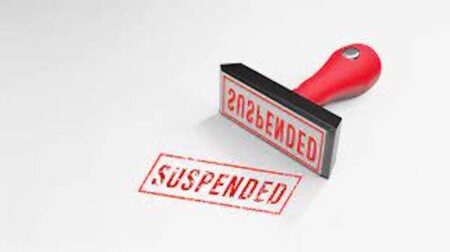